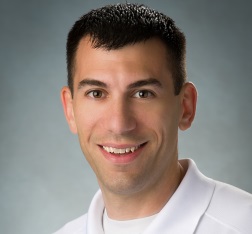 I am a contributing author for Pluralsight training, an ASPInsider, and (prior to joining Microsoft) a 7-time Microsoft MVP (ASP.NET). In addition, I am a frequent presenter at developer conferences and user groups around the globe including Microsoft Ingite, MS Tech Summit, VSLive!, and AngularMIX. I host the Azure Government video series on YouTube, and I've also contributed articles to Visual Studio Magazine, and had several videos on Channel 9 including some of my work on high performance web solutions.

Currently I'm serving as a Principal Software Engineering Manager at Microsoft on the Azure Government team, focusing on building systems to enable government missions. Prior to Microsoft, I was an Architect/Developer for Applied Information Sciences (AIS) where I worked with numerous clients including leading a multi-year effort to modernize the business systems of a major insurance carrier. Previously I was the Chief Technologist at e.magination where I had the opportunity to consult with clients including Advertising.com/AOL where I was the Tech Lead for one of the highest volume .NET applications in the world.

I spend most of my free time with my family, which included a 5-year stretch coaching an elite-level AAU basketball team. Now that my basketball coaching days are over, my new obsession is CrossFit.